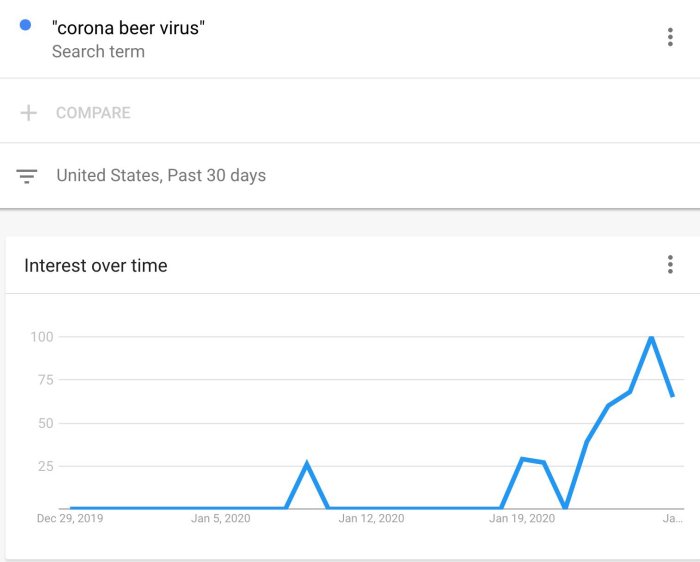 Super Bowl Advertising! It’s finally here. The best night of advertising all year is this weekend. Watch and rates the spots here.

Twitter’s Custom Super Bowl Confetti: Twitter has been collecting tweets in support of the San Francisco 49ers, the Kansas City Chiefs and players, and is going to customize the traditional celebratory confetti with more than 100 unique messages, like “If you’re reading this tweet on a piece of confetti, then THE 49ERS HAVE WON THE SUPER BOWL!!!!! #NFLTWITTER”

Bitmoji TV this Saturday: Bitmoji TV premieres on Saturday morning, and it’s going to be immediately spread across the social web. It’s a Snapchat Show page where users’ Bitmojis star in animated episodes featuring various adventures. You can watch a Trailer with your Bitmoji today by clicking here on mobile.

Is 2020 the Year that A.I. Predictions Become Routine? A.I. predicted the coronavirus outbreak. A.I. predicted Billie Eilish would win Record of the Year. A.I. even predictse your Netflix recommendations (which btw, 75% of Netflix users select films recommended to them by the company’s machine learning algorithms). There will be bad predictions, too. But it appears this is the year that A.I. predictions lose their novelty.

New Emoji Alert: The 2020 emoji update from the Unicode Consortium (the nonprofit organization that sets the standards for emoji compatibility, because that’s a thing) features gender-inclusive symbols, a smiley face shedding a single tear, a Groucho glasses face, ninjas, dodo, woolly mammoth, and an anatomical heart. In total 117 have been approved. Now we wait for iOS, Android and others to add them to our phones and networks.

Alexa, do my chores: USA Today has a round-up of some of the most popular uses for your Amazon Echo, including Find My Phone, regular alarms and reminders, make phone calls, use it as a night light, etc.

Private, Micro-Social Networking: Dark social networks, like chat apps and text, are exploding and becoming extremely important. And this week MIT Technology Review writes about why private micro-networks, like Cocoon, Dex and Monaru could be the future of how we connect. Key quote: “It’s much easier to share the less curated parts of our lives when we feel accepted for who we really are and are less fearful of perceived judgment or rejection.”

Insta of the Week: This kid goes to restaurants and leaves brutally honest reviews of their Shirley Temples on Instagram for 163,000 followers.

New Emoji Week! Apple released iOS 13.2 this week, and the update includes 398 new emoji. Updates include new skin color combinations, emoji to represent people with disabilities, gender-neutral emoji and a Tyrannosaurus Rex. See the list here, or update your iOS to get them!

HBD Banner Ads: This week marked the 25th birthday of the banner ad! Brands like AT&T, MCI, Volvo, Club Med, 1-800-Collect and Zima were the first to place digital display ads on a site called Hotwired (now known as Wired Magazine). According to Ad Age, AT&T’s ad lured 44 percent of readers to click, a miracle click-through rate by today’s standards.

HBD Internet: This week marked the 50th birthday of the internet! Gizmodo has a copy of the “birth certificate” record of the moment when two host computers at UCLA and Standford Research Institute started communicating. Marking the anniversary, the inventor of the web Sir Timothy Berners-Lee wrote: “It’s astonishing to think the internet is already half a century old. But its birthday is not altogether a happy one. The internet — and the World Wide Web it enabled — have changed our lives for the better and have the power to transform millions more in the future. But increasingly we’re seeing that power for good being subverted, whether by scammers, people spreading hatred or vested interests threatening democracy… This birthday must mark the moment we take on the fight for the web we want.”

Twitter Bans Political Ads: Although it only makes up a fraction of their revenue, this week Twitter announced it will no longer allow political advertising on the platform starting next month. Twitter CEO Jack Dorsey said the company will halt all political ads globally starting on Nov. 22, explaining that “political message reach should be earned, not bought.”

Snap 3D Doodles: This week Snapchat for iOS added a 3D Paint feature that uses the camera to draw augmented reality visuals on top of whatever you see. The feature is available through a “Create” button in the AR Bar next to the other face filters.

Facebook News: This week Facebook introduced Facebook News, a dedicated tab for news articles from news publications that will appear as an icon at the top of your app. If you don’t have it yet, update your iOS and Facebook app and then give it a few days while they are rolling it out. Here’s how to find it.

“Alexa, how much is my power bill this month?” According to Amazon’s research, 70% of U.S. consumers are not on autopay, which creates extra time for consumers and additional work for billers each month. So this week they announced Amazon Pay is launching the ability for U.S. consumers to query Alexa devices about their bills and eventually pay them by enabling access. Forty million households living in 95% of U.S. zip codes can now use the voice-based bill query capability, according to Amazon.

Twitter of the Week: @GiantCat9 takes photos of military hardware, like tanks and naval ships and jets, and inserts photos of giant cats into them. Because that’s a thing you can do. Follow here.