Last fall a lingerie retailer replaced its digital agency with an AI platform named “Albert”. The AI was tasked with identifying and then converting high-value audiences across paid search and social media marketing efforts. Albert then autonomously executed their digital marketing efforts using creative and KPIs provided by the brand.

The result? This AI approach more than tripled its ROI and increased its customer base by 30%.

“After seeing [Artificial Intelligence] handle our paid search and social media marketing, I would never have a human do this again.”

Source: Why Cosabella replaced its agency with AI and will never go back to humans

So this leaves us with two questions:

We live in amazing times. 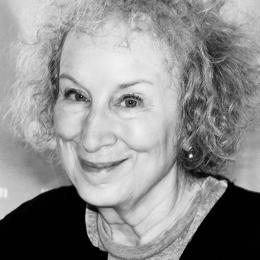 “I don’t think the imagination is subject to efficiency,” Atwood says. “If anything, daydreaming is very useful for it. In fact, daydreaming is very useful for any kind of productivity because it creates a blank space and allows the mind to come into that. So what people seem to need most coaching about in the area of creativity is not ‘optimizing’ their imaginations—it’s their confidence. And that’s because we’ve been brainwashed into thinking that we are all specialists of some kind, and that you can’t really be a writer unless you’ve got something like a master’s degree. Obviously, we want dentists to be trained, but writing is human storytelling and everybody does it.

“So the problems in creativity are not how do we get humans to be more creative—people are more creative. It’s how creative people can actually make a living doing what they do in an economy such as ours that values money above all else. What is the price, the money value, of John Keats’s ‘Ode To A Nightingale,’ apart from the manuscript, just the poem itself, what is its value? There isn’t one. Because it’s not in that economy.”