#PresidentialAlert Memes: Did you get the Presidential Alert text? This week over 220 million people in the US supposedly received a notification on their phones called a ‘Presidential Alert,’ and it immediately became a meme across our social feeds – including altered screenshots about collusion, U2’s infamous Apple Music snafu, Imagine Dragons and Tiffany Trump getting her first-ever Dad text. Meanwhile, lots of people didn’t get the text, and that sparked its own social news cycle.

Did anyone else get this? #PresidentialAlert pic.twitter.com/BXiuLoVgGj

Where My Friends At? This week Facebook confirmed a test of a revamped Nearby Friends feature that lets you see where your friends are on a map of the world. Similar to Snap Map, this view augments your newsfeed with a map that groups friends together by city. Given continued privacy concerns, Facebook is trying to be proactive about getting people to go back and activate it, “People have complete control over whether to use Nearby Friends or not. They can turn it on in the Nearby Friends bookmark.” We’re excited about geolocation data being further used to increase social networking but still fairly concerned about Facebook’s privacy settings – particularly when it comes to sharing location with forgotten Facebook friends. 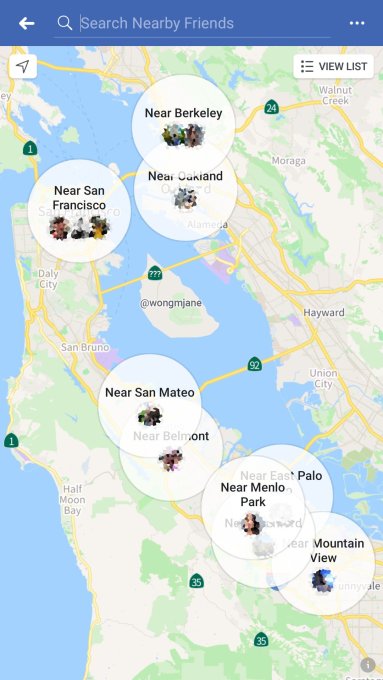 CD Sales Heading Towards Niche Status Like Vinyl: This week the RIAA’s shared the latest numbers on music sales, which showed a 46.9 percent drop on CDs sold (factoring in returned inventory). Although not a surprise – particularly because 25 R&B/hip-hop albums that debuted in the top 10 of the Billboard 200 this year didn’t even have a physical CD released in stores – it seems the CD is on its way to being a niche business like vinyl. Walmart, Barnes & Noble, Amazon and Target still have CDs, but increasingly we’re seeing the 1,800 independent retailers (where you can buy a vinyl record) emerging as the place to buy a CD. Vinyl bottomed out and is now growing. But CDs are still four times vinyl sales and are looking to cement their spot as a niche market.

Who Ya Gonna Call? Pre-registrations for Ghostbusters World have opened for the ghost-hunting AR app just in time for Halloween. Similar to Pokemon Go, people across the world may soon be hunting for holographic spooks around the neighborhood. Per VRFocus, “Built using Google’s ARCore and Apple’s ARKit, Ghostbusters World lets you team up with Venkman, Spengler, Stantz, Zeddemore and more to hunt down and capture iconic spirits from the films, TV shows, comic books, and video games, as well as brand-new ghosts.” Sign up for the download here: Android and iOS.

Influencer Halloween Costume #SPON: Speaking of Halloween, this week Urban Outfitters released an “influencer costume” for those of us who can’t even trick or treat without looking for the right Insta lighting. The athleisure ensemble includes spandex leggings and a sports bra, which lets you “channel Instagram style in this low key costume set worthy of a super influencer.” You’ll have to #HUSTLE find your own sponsors for the sunglasses, wig, ballcap and whiteout sneakers included in the look. Being an influencer ain’t an easy job, but somebody has to do it.