HQ Words is the Next Viral Quiz Game: Since the launch of viral quiz game HQ Trivia we’ve seen a ton of copycats, including The Q, FleetWit, Facebook Confetti, Under Armour’s StephIQ, Fox’s FN Genius and more. Now HQ is diversifying by announcing a new Wheel of Fortune-type game, called HQ Words that works like, well, Wheel of Fortune. It’s coming out in October. Until then, we recommending following our favorite viral Wheel of Fortune account @WOFANSWERS that fake-solves sentences in hilarious ways like NONSTOP CLIMATE OF PANIC.

Twibel Law: In recent weeks Elon Musk has become a bit unhinged, whether unfollowing and refollowing his rock star girlfriend, smoking pot on a live stream or ranting about the media on Twitter. He also sent several incendiary tweets calling a Thai cave schoolchildren rescuer vulgar terms. The result of these tirades is a libel and slander suit based purely on tweets. According to PR Week, users can be lulled into a false sense of security, thinking their post cannot cause real harm, as such tweets are both ‘social’ and written from the safety of their bedrooms. The test in libel law is whether the comments constitute ‘serious harm’ to a victim’s reputation. The judge in this case ruled that the serious harm test could be extended to include ‘real and substantial distress’ and that such harm did not need to be ‘grave’. We’re just starting to see the effects of libel law and social media, but at least we got a new word out of the deal: “Twibel.”

You don’t think it’s strange he hasn’t sued me? He was offered free legal services. And you call yourself @yoda …

How to Restore Twitter’s Chronological Feed: More than two years after phasing out chronological feeds in favor of algorithms, Twitter is giving users the ability to change their feed’s content back to timestamp-based. People who revert to a chronological feed on Twitter will undoubtedly miss seeing the most popular tweets on any given day, says Vox. A chronological timeline isn’t just a timeline ruled by a clearly defined order; it’s a feed in which information is neutral. Is it better? That’s up to the people you follow and what they post (and when!). To restore your timeline to chronological, go to “Settings and Privacy,” scroll down to “Show the Best Tweets First” and uncheck the box. BOOM. 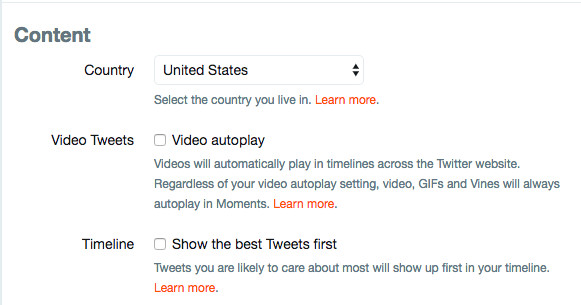 An Alexa-Powered Microwave? This week Amazon announced a new suite of Alexa-enabled Echo products, including smart clocks, smart plugs, smart microphones, auto plug-ins, and even an Alexa-powered microwave for only $60. In fact, prices on all of these devices are quite low and will certainly incentivize users to continue to add to the Alexa-ecosystem in their homes. Just in time for those holiday gift guide lists, the Echo Show will get an upgrade with a 10-inch HD display, fabric body and improved sound. This screen-powered device is emerging as the hub for an Alexa home and this new model will integrate with Vevo and Hulu for live TV, Microsoft Skype for video calling, and features 8 microphones so the sound is crystal clear. And it’s just over $200. “Alexa, go ahead and just order us all of this stuff. Thanks.”

Every Time My Phone Rings It’s A Scam: You know the feeling that spammers are taking over your cell phone number? You’re not alone, and it’s getting worse by the year. According to a new report from First Orion, scam calls made up just 3.7 percent of all U.S. mobile traffic in 2017, but made a huge jump to 29.2 percent in 2018. And they predict if nothing is done to quell the rising tide of spam and scam phone calls, it could rise to almost half of all calls in 2019 (44.6%)!! This is why we stopped answering our phones years ago. Meanwhile, President Trump is testing “Presidential Alert” text messages to all American cell phones on Oct. 3, so we can all look forward to our phones blowing up at the same time. #SaveTheDate