A Trash Panda Breaks the Internet: Here in the Twin Cities we’re often a lot closer to nature than you think – with random black bears roaming the suburbs and coyotes pretty much everywhere. But it’s highly unusual for a raccoon to scale a skyscraper, and it got the world’s attention this week. The memes flowed. Geico made three commercials about it. And Minnesota Public Radio starting selling a raccoon tote bag. We have a friendly rivalry between the Twin Cities of Minneapolis and St. Paul. So it’s been fun to tease that in 2018 Minneapolis will be known for the Super Bowl, while St. Paul will be known for a daredevil climbing an office building. +1: Minneapolis. (LINK)

Social Media News Wars Update: This week new research revealed use of Facebook for news has dropped 9 percent in the last year, with news consumption among younger groups falling 20 percent. It also showed people are looking toward dark social apps – like texting and Whatsapp – for their news. As education levels about digital reputation increases we are being choosier about what we say and share publicly (well, some of us are). Meanwhile, Twitter is doubling down on news — putting more live news events in your timeline and notifications, including personalized push notifications if an event is happening that it believes you’ll be interested in. Users can expect to start seeing the news alerts around events at the World Cup today. (LINK) 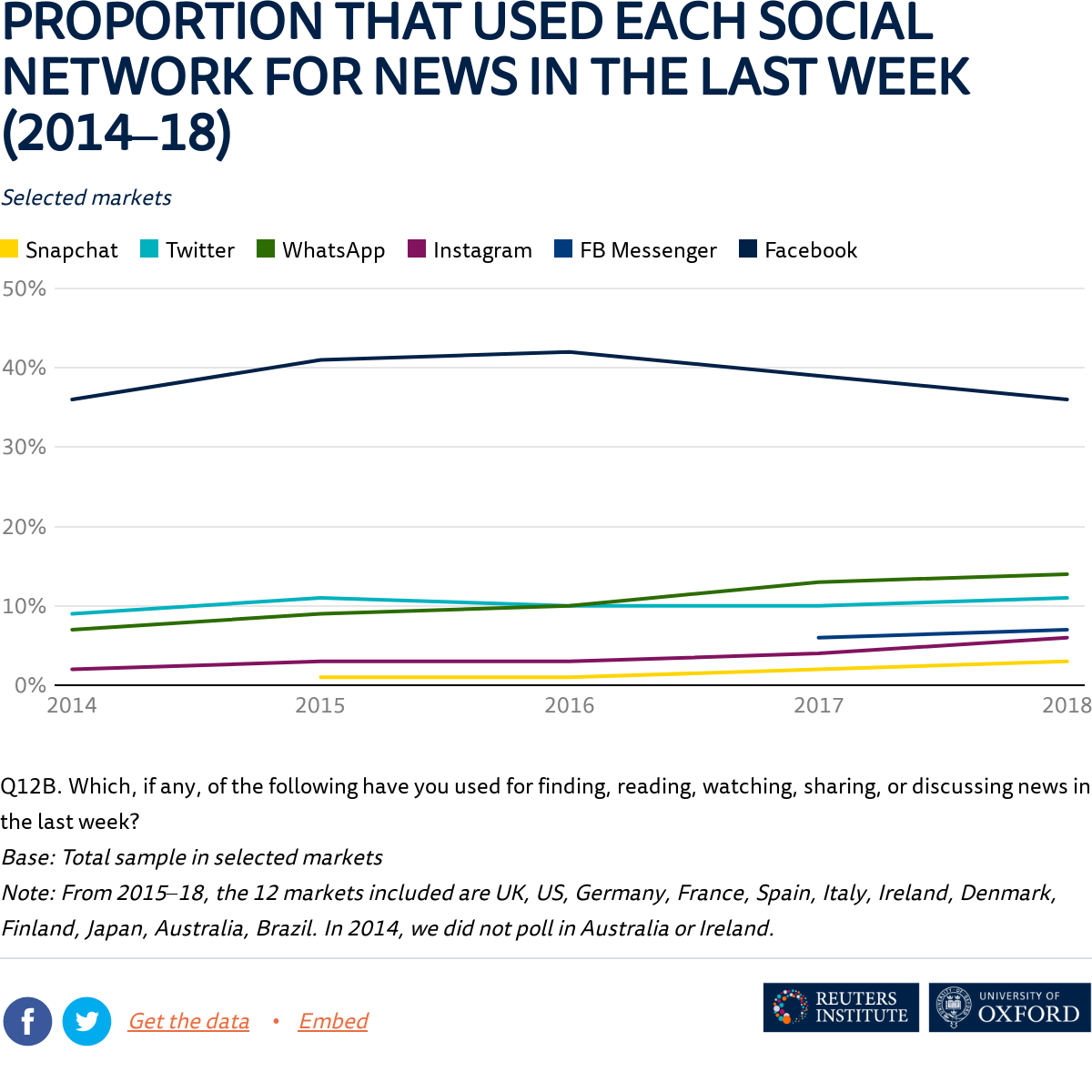 “Deep” Learning Cameras are Becoming Crazy Smart, and Affordable: This week Amazon launched the DeepLens for only $249. It’s the first video camera designed to teach deep learning basics and optimized to run machine learning models on the camera (versus in the cloud). It has object and facial detection and “hot dog not hot dog”-built right in! Meanwhile Google this week launched DeepMind, an AI that can render 3D objects from 2D pictures. This is what our human brains do – use a few visual cues to assume what the rest of a room or object looks like. This is all pretty geeky stuff, but in the very near future our phones and Alexa devices will have these capabilities and drastically change how we interact with them. We’re already starting to brainstorm what brands can bring to life using this new technology! (LINK)

Automating the end of DVD Delivery: For some reason Netflix is promoting their snail mail DVD return process this month, featuring “The ARRM,” or the Automated Rental Return Machine. Like that Sesame Street crayon movie from our childhood, it’s super cool to watch how it sorts, opens, cleans, and organizes the mail every day. But it’s 2018, right? Seems like a lot of investment to keep those DVDs in the mail. Except there are still 3 million DVD subscribers who earned Netflix a profit of $56 million in Q1. Turns out the DVD selection is way bigger than streaming: about 100,000 DVDs versus only 5,600 titles streaming. So maybe it’s a good thing when the robots start taking our jobs. (LINK)