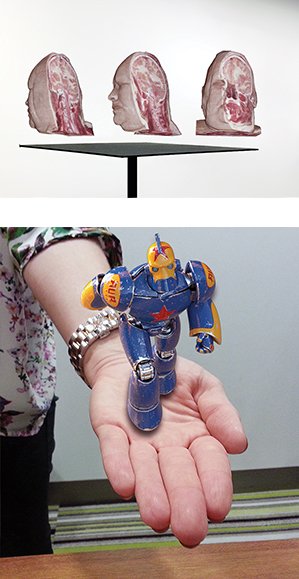 So what is it? The answer is “cinematic reality.” Essentially, Magic Leap is a device that makes virtual objects appear in real life. And it was worthy of a $542 million investment from Google. It’s also rumored that Legendary Pictures has a notable investment and potential stake. All we know is that the company is working with light-field technology. BusinessInsider revealed that Nvidia’s use of the technology made 3D images “appear more realistic and natural to your eyes.” The idea is that Magic Leap could do the same for movies, gaming, and virtual reality/augmented reality.

via 14 startups that will change our everyday life: VentureBeat

But while Oculus wants to transport you to a virtual world for fun and games, Magic Leap wants to bring the fun and games to the world you’re already in. And in order for its fantasy monsters to appear on your desk alongside real pencils, Magic Leap had to come up with an alternative to stereoscopic 3-D—something that doesn’t disrupt the way you normally see things. Essentially, it has developed an itty-bitty projector that shines light into your eyes—light that blends in extremely well with the light you’re receiving from the real world.

via What It’s Like to Try Magic Leap’s Take on Virtual Reality | MIT Technology Review.