This work is licensed under a Creative Commons Attribution-Noncommercial 3.0 Unported License.
Posted on October 29, 2013October 29, 2013 by Greg Swan 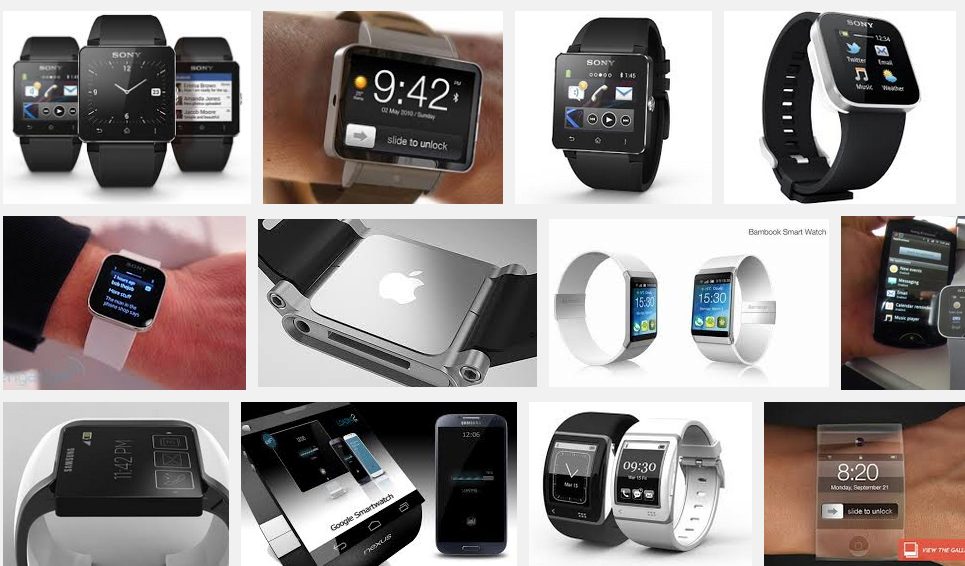 If you don’t have to recharge your watch every few days, you’re doing it wrong. Embrace the smart!

In the news right now:

Setting the brands and specific products aside, the arguments against the smartwatches category are boring: They aren’t fashionable. They have poor battery life. They don’t solve a problem. Etc.

What people are missing is that smartwatches involve a different type of user behavior of which we aren’t yet accustomed. Much like pagers and cell phones in their emerging years, they smartwatches solve a problem we don’t yet know we have.

For example, I’ve been loving my Pebble because it stops me from phubbing. Did you know phubbing was a problem? Now you do. And now you know there’s a solution. It was that easy for me to give credibility to the need for a smartwatch, and we’ve only scratched the surface.

The argument that these first generation smartwatches can only receive information and not send it will quickly be rendered moot as watches like the Kreyos start shipping (yes, I ordered one).

The argument that these first generation smartwatches are merely bluetooth slaves to our phones will quickly be rendered moot as watches like the standalone Omate Truesmart start shipping (yes, I ordered one).

The argument that these watches should track our health habits, like Fitbit and Fuelband wrist devices, will be easily dismissed as sensors grow smarter and cheaper. Arguably, your smart phone can track some of these same metrics, but today, you wear a quantified self band anyway. I would watch Adidas miCoach and the big tech company devices carefully. They will all have this functionality long-term.

In that same line of thinking, the argument that these watches don’t do enough will be rendered moot over time. But that’s a long-tail play. We didn’t wait to buy cameras, video cameras, mp3 players and cell phones waiting for an iPhone that could do it all. And we shouldn’t wait for the perfect mega-watch before trying to find value in today’s technology.

The argument that these watches aren’t mainstream will quickly be rendered moot as companies like Google, Apple and Samsung start building affordable wearable tech and selling them through mainstream retailers like Best Buy.

The arguments about fashion and battery life will take care of themselves over time. These are non-arguments not worth engaging upon. If you don’t like the look, don’t wear it and don’t benefit from it. See also: dental braces, eyeglasses, orthopedic shoes, carpal tunnel wrist supports.

I have answers for a lot of the arguments, but I’ll admit the idea that this wearable technology is eroding culture and infringing upon interpersonal communication is valid. Yep, totally true, and I believe it is a negative. But I will also point out that it’s unstoppable. We want our always-on direct access to the social and information web in the way that’s most convenient, and today that access is trending toward wearable tech.

In truth, the benefits outweigh the detractions, therefore smartwatches are coming to a wrist near you.

Rather than dismiss and criticize these emerging platforms, I would rather spend my time experimenting and trying to perceive their value. I want to understand how they will impact consumer culture and how brands can participate in the process in a way that adds measurable value.

I walk around with a Nike Fuelband, a Pebble smartwatch, Google Glass, an iPhone, a Motorola Atrix, a Macbook and a spare lithium battery to charge up all my devices. Although I can’t wait for the era when one small device will do it all, I’ll gladly enjoy the fruits of today’s technology in the meantime.

And by the way, once we get the smartwatch debate settled…next up: the battle for the second wrist! Don’t roll your eyes. Get excited!

5 thoughts on “Your arguments against smartwatches are boring and shortsighted”