This work is licensed under a Creative Commons Attribution-Noncommercial 3.0 Unported License.
Posted on February 23, 2011February 24, 2011 by Greg Swan

Today’s Star Tribune featured a story about the new Historic Downtown Chaska Master Plan that was briefed to the community this month.

As a downtown resident, Chaska advocate and branding/marketing expert, I was honored to part of the Downtown Chaska Master Plan Task Force that helped craft this recommendation.

Here’s the Star Tribune photo with an arrow pointing to the roof of my house:

As part of the year-long process, I learned a lot about the history of the community, civic government, community development and parking. Parking? Yeah – it’s actually a big deal when it comes to new business.

Most banks require businesses to prove they have a dedicated number of parking spots to even get a loan. This factor is a huge impediment to downtown development and is part of the reason the Mix Diner/Ember’s restaurant space is still empty. Although I’m still not a fan, now I understand why a parking ramp keeps coming up for discussion.

People in Uptown, 50th/France and Hopkins don’t balk at walking a block, so why should Chaskans? People will walk 200 yards from the parking lot of a Big Box Store clear to the restrooms in the back of the store, but they won’t walk 40 yards to go Dunn Bros.? Ridiculous.

Although the plan sets up the infrastructure for growing businesses, it lacks specific guidance for 1) how to pay for these new recommendations, and 2) how to leverage everything historic downtown Chaska has today for short-term impact. 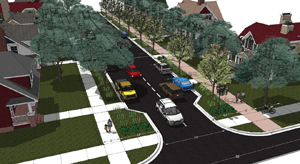 Per #1, many of the recommendations will put into place a process for ongoing maintenance and updates. For example, as streets are rebuilt in the coming decades, they will be narrowed, have better defined parking areas and feature bump-outs on the corners to reduce the crossing distances. I heartily endorse this type of city planning.

However, many of the redevelopment recommendations that made it through the plan — city park additions, the levee housing development, strip-mall across from City Square Park — involve bulldozing tax-paying residents and businesses, which I was a vocal critic of in every meeting we had. With home values decreasing, taxes rising and downtown businesses flailing, this is not the time for a slash and burn planning.

One house here or there seems easy to swallow, until you add them up. At one point I counted more than 14 residential homes on the chopping block for redevelopment of city parks. You know, parks that are built for residents who have homes downtown?

So I guess I’m still not clear at how the majority of these suggestions will be funded without heavily assessing downtown property owners, particularly in a climate where government grants are few and far between — not to mention an unsustainable strategy. As for the Field of Dreams mentality for Fireman’s Park redevelopment, I think there are ample investment opportunities in leveraging existing downtown assets without building another destination using unknown funds.

On the other hand, I’m in the process of renovating our 120 year old historic downtown home. That investment in the downtown community I will gladly make, however, it is costing me enough without paying rising rates for infrastructure. If the city would offer no- or low-cost renovation loans for homeowners to fix up the downtown housing stock, that could have drastic and immediate effects across the board.

Per #2, historic downtown Chaska already boasts a wealth of character and assets that should be packaged to attract new businesses, residents and investment today. Even with all of the recommend infrastructure improvements, eventually Chaska will need to do some marketing to get the word out about its heritage, special events and daily offerings. 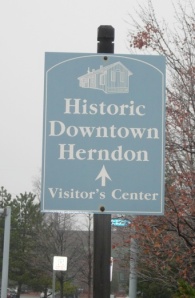 At the most basic, tactical level, erect “Historic Downtown Chaska” directional signs on key roadways to raise its visibility and direct traffic to downtown businesses. I know it sounds simple-stupid, but I think it would go a long way towards awareness and traffic-driving – – particularly at the new 212 Medical Center and on Highway 169, just a few miles down from the “Downtown Shakopee” sign.

Beyond signage, I’ve been doing a lot of thinking about the branding and marketing opportunities in downtown Chaska we didn’t address in our monthly meetings. Because I do branding and public relations strategy in my day job AND because I live downtown and have a stake in its perception and success, this was a key reason why I volunteered to be part of the task force. It became apparent this in-the-weeds level of strategic thinking did not fall within our purview, but I went ahead and drafted a sample Downtown Chaska Branding Initiative program for their consideration. I’ll be sharing it on the blog later.

Overall, this was a fantastic opportunity to jump in and get involved in the future of the community. And it was fun to think big picture. Mike Huang and I even spent a day at the Chaska History Center steeping ourselves in Chaska lore.

I’m looking forward to hearing the community feedback and more importantly, learning how the City Council will enact (and pay for) these recommendations. I can tell 2011 is going to be a great year for historic downtown Chaska.